Esther Moe has loved creating since a young age, “as soon as I could really hold a pencil”. Esther lives on the border of Spain in Galicia, where she told me that she lives only 15 minutes from Vila Nova de Cerveira, “I can see Portugal from my window”. Esther explained that she had lived in Spain since 1986 after buying a one-way ticket after high school and fell in love with Spain. “People are passionate, expressive and I immediately warmed to that.”

More recently, Esther has exhibited her work in Portugal, with her first solo exhibition ending in July at the Cine Teatro João Verde gallery in Monção in Viana do Castelo. Titled “Ars Gratia Maris: Reimagining the Grand Masters as a Homage to the Undersea Kingdom”, Esther took famous works of art and made the sea and its creatures the main subject, for example, Mona Lisa with her head codfish (which I have to admit was brilliant and is actually the piece that caught my eye and led to our interview). Esther explained that the oil on wood was created “In honor of Portugal’s national fish and the enigmatic cod that I encountered at Oceanario de Lisboa. We stared at each other for hours across the window “.

Following this fantastic exhibition, Esther took part in an international competition whose title was the natural elements. Esther was one of the artists selected to exhibit at the international contemporary art exhibition ‘Art’in Lima’ in Ponte de Lima in which she said: “I was lucky enough to already have a painting that matched the file perfectly. Adding that the works of art are scattered throughout the most important historic buildings in the city, so it’s a nice way to combine art and architecture. Esther’s painting ‘Tempestuous Elements’ is located at the Museu dos Terceiros until September 25, so be sure to visit it if you’re in northern Portugal.

When asked what her next step was, Esther revealed that she was focusing on a big international competition called Art for Change with the title of equality. 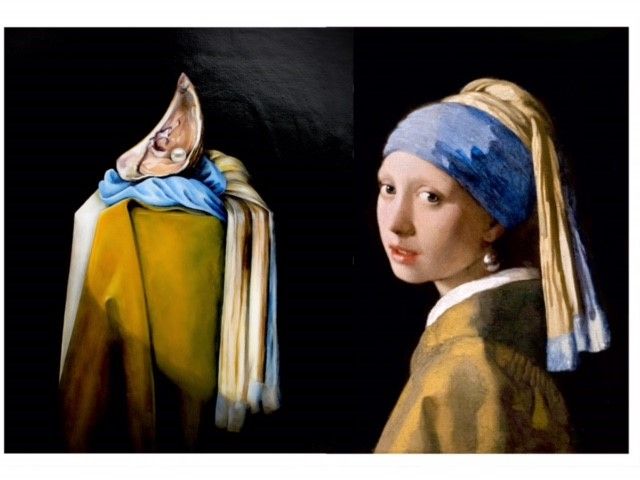 I asked Esther why she includes so much marine life in her work and she explained to me: “I am a vegetarian and when I lived in Galicia it was almost impossible to maintain, that was about 10 years ago. , where there was nothing so I started to eat fish and meat again, but then go to the fishmongers, stand in line with your number and look at the fish and see their facial expressions so i stopped eating fish and started painting them instead.

“I want people to think about it when they have that fish on their plate, appreciate the life and the life it had.”

“I want to share these thoughts, so I choose to articulate them visually, without the limitations of language. Translated into color and composition, I persuade the viewer to listen to an image that silently has something to say. For me, art is about sharing my imagination with others while revealing who I am and what concerns me. 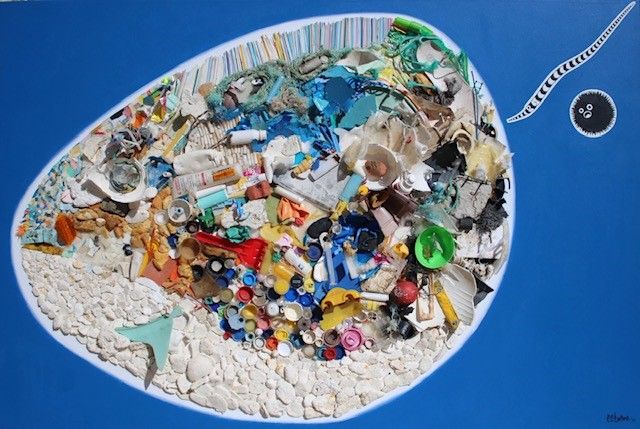 “My message is clear but never too obvious. You could say that I prefer to hide it in plain sight. For example, the image of two octopuses kissing on a coral reef under a moonlit sea inside a golden halo presented as a reimagining of Klimt’s The Kiss is a delightful scene indeed, but really, I am commenting on animal intelligence and ocean conservation. My challenge is to avoid resorting to shock tactics. I want to bring the viewer to my ideas, not scare them away, although if I prevent a few people from eating octopus, I’m not complaining.

“If I don’t create, I’m not alive, that’s how I feel. Even if I prepare dinner and the way I arrange it on trays. 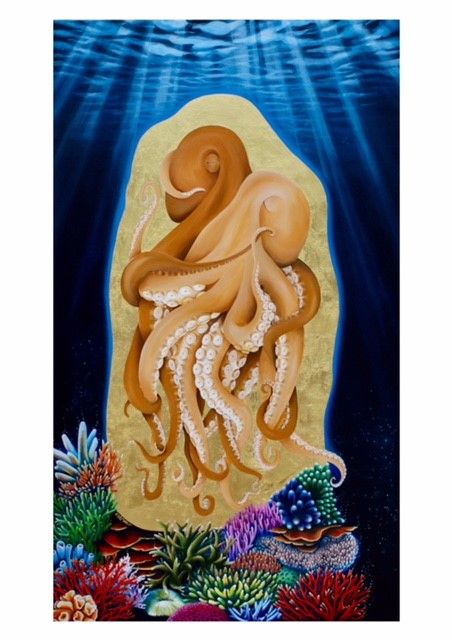 If you would like to purchase one of Esther Moe’s beautiful prints, please visit https://www.saatchiart.com/esthermoeor if you are interested in commissions, please email the artist at [email protected]. Also, if you are a marine life enthusiast, please visit his Instagram page where you can view fantastic examples of his work. @esther_moe_art. 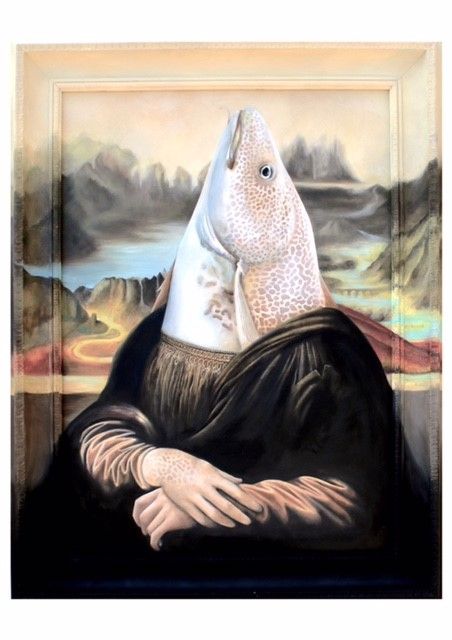