Even if you like the beach, it is not always possible to go there in person. Maybe you don’t have any beaches nearby and don’t have the time or the means to get to a beach worth visiting. Maybe you have beaches nearby, but they’re just too crowded (and you’re trying to avoid the crowds during the pandemic).

Whatever the reason, beach lovers deprived of the sun, the bracing breeze, the sound of waves and seagulls, and the feeling of walking the shore as the water laps at their feet can only use substitutes to stimulate their imagination.

A sound machine broadcasting waves, a movie or TV show, or even a nice poster can work…

And if you’re skilled at making desserts and have an eye for photography like Japanese food designer Chez Mitsu, you could just bake a cheesecake and post the awesome photos you see below. 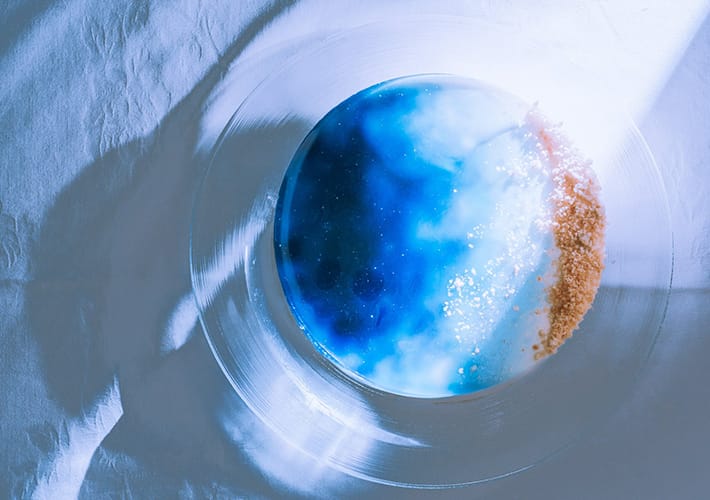 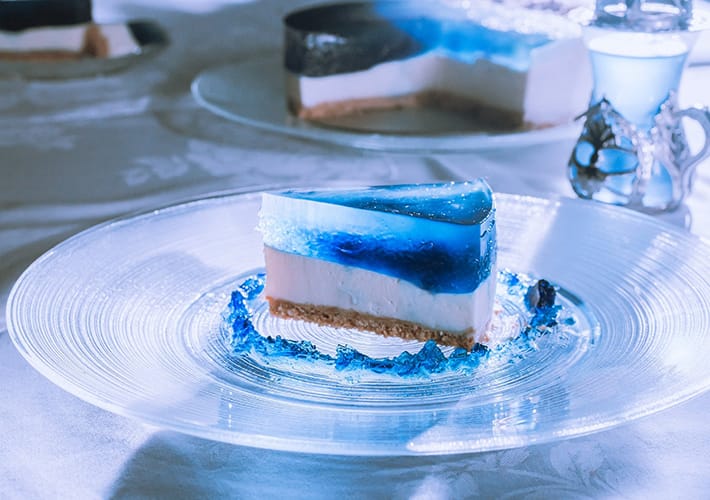 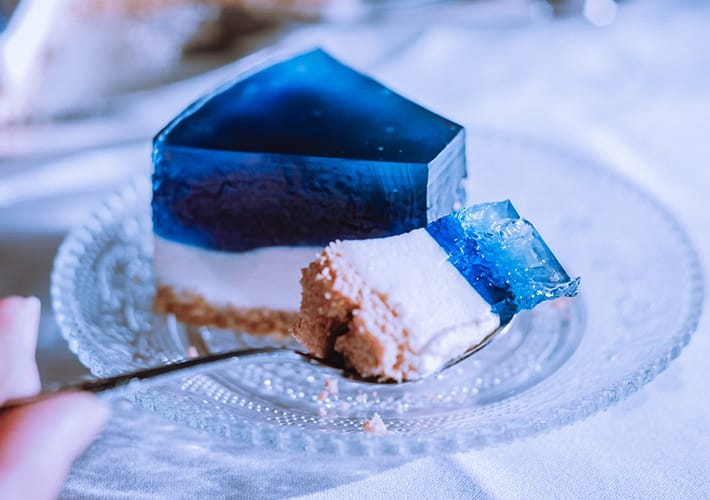 With this breathtakingly beautiful no-bake cheesecake that is both a feast for the eyes and the palate, Chez Mitsu has skillfully created the three-dimensional effect of the seabed rising to meet the shore, depicting a beautiful cerulean blue ocean in jelly form on a bed of cheese. Plus, adding crumbs of crust on one edge to express the sand on the beach helps bring the scene to life.

When viewed in cross section as the cake is sliced, the three layers of blue, white and brown for the crust also create an artistic contrast.

For those wondering how it was made, Chez Mitsu started from a recipe posted on the Tastemade YouTube channel, but with a few modifications. No-bake cheesecake is often made with yogurt, but Chez Mitsu used egg yolks and cream. This is similar to ice cream, so using that as a hint, the food artist comes up with the following no-bake cheesecake recipe:

Chez Mitsu’s cake elicited many reactions, such as:

“I have seen many beautiful cakes, but this is the first one that is both beautiful and that I would like to try.”

“The transparency is so beautiful… It looks like a tropical beach.”

“Seen from above, it also looks like planet Earth.”

Chez Mitsu likes to use jelly for a nice effect in cheesecake creations, like this peachy pink cheesecake… 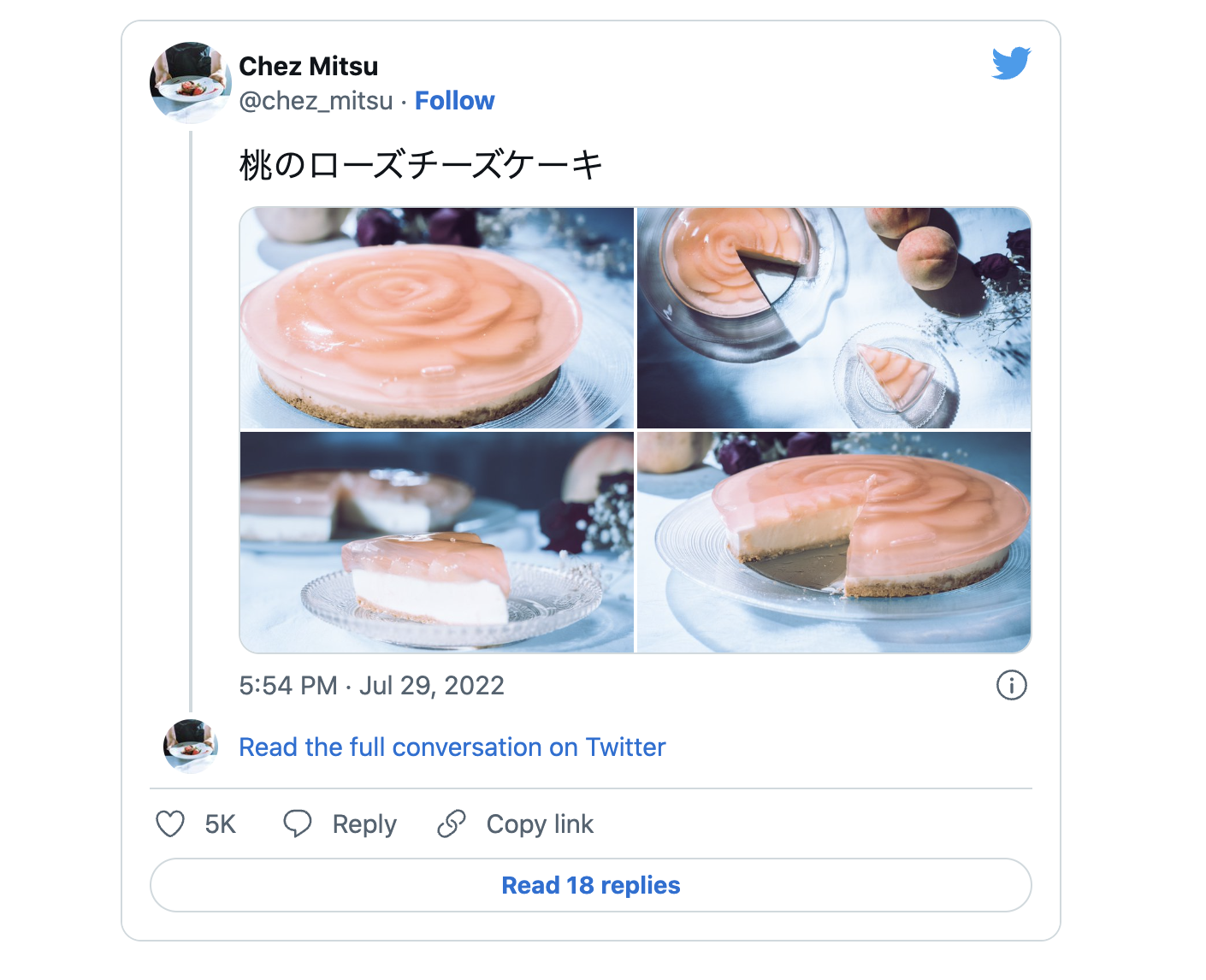 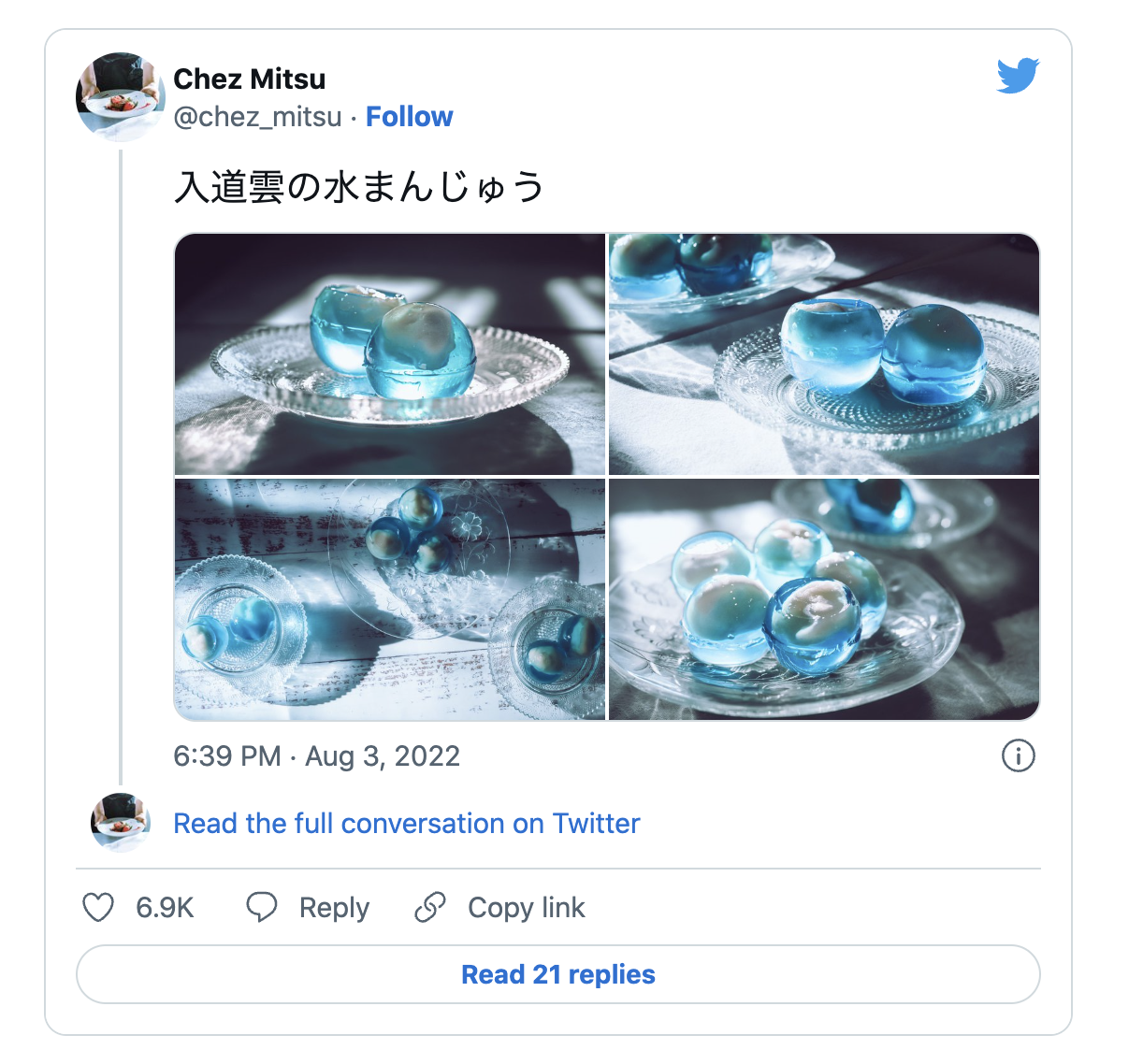 They also use their photography skills to create eye-catching compositions, in this case featuring subtly colored sodas and ice cream floats: 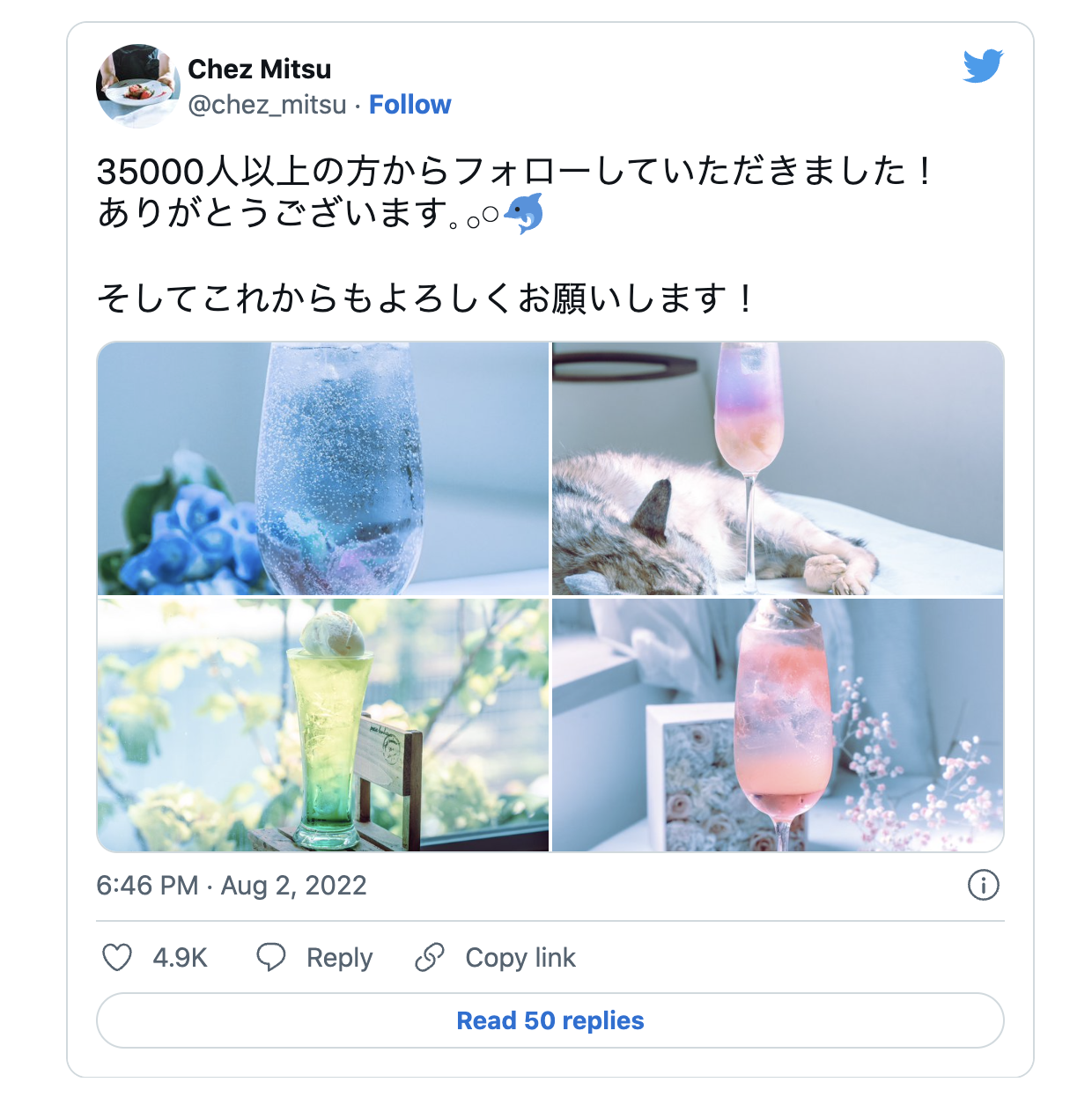