Emily St John Mandel’s 2014 escape novel Station Eleven tells the story of a global pandemic that originates in the former Soviet Union and decimates life on Earth. A page-turner with an eerie, elegiac quality, it won the Arthur C Clarke Prize and was widely praised for its beautiful storytelling and for the unsettling glimpses it gave of our world plausibly disintegrating into chaos and the dystopian existence beyond. Five years after its release, and with an HBO adaptation in the works, it has acquired an aura of chilling prophecy as Covid-19 has made us all fluent in the language of pandemics. What makes the book’s apparent prescience doubly odd is that one of Mandel’s characteristics as a writer is to notice the echoes between seemingly chance events: the connections between distant characters, recurring artistic motifs in the life and historical echoes of long-separated incidents. The coincidence of a book significantly anticipating a current predicament might be one of its novelistic devices.

An interest in intricate patterns drives Mandel’s new novel Sea of ​​Tranquility, though, as in Station Eleven, the naturalism and specificity of its opening give little hint of the weirdness to come. The story begins in 1912 when a young British immigrant, Edwin St John St Andrew, embarked on a new life in Canada. He is one of the so-called ‘money transfer men’ – wasteful sons of upper-class British families who were taken to the colonies on a private income to keep them out of further trouble. One day, while Edwin wanders in the woods of Western Canada, he undergoes a paranormal experience whose meaning he cannot grasp. 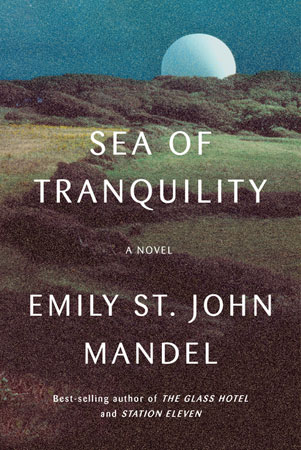 A few dozen pages later, the scene suddenly shifts and we are immersed in the present. At a concert in New York, a composer plays an old video that appears to show a version of everything Edwin found in the forest. Now that we’re invested in the mystery, the weirdness can really begin. There are two intertwined later storylines. One is set in the 23rd century, where a writer called Olive Llewellyn, who was born and raised on a lunar colony, visits Earth on a book tour. The other part of the plot takes place 200 years later, when an investigator named after a character from one of Olive Llewellyn’s novels begins to piece together the connections between all these different lives.